Added to wishlistRemoved from wishlist 0
$111.30 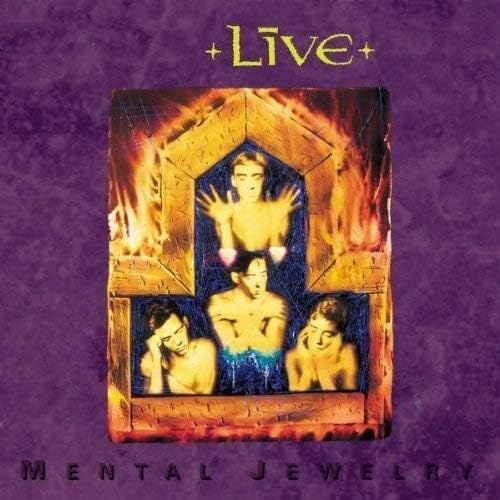 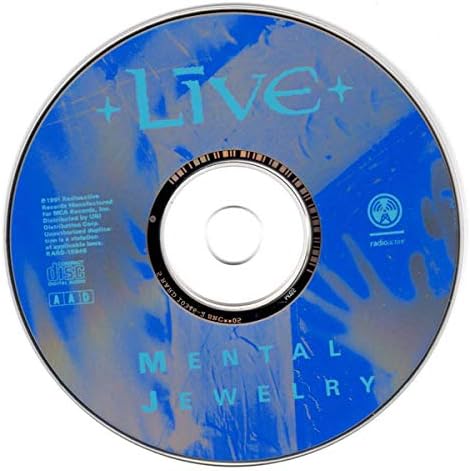 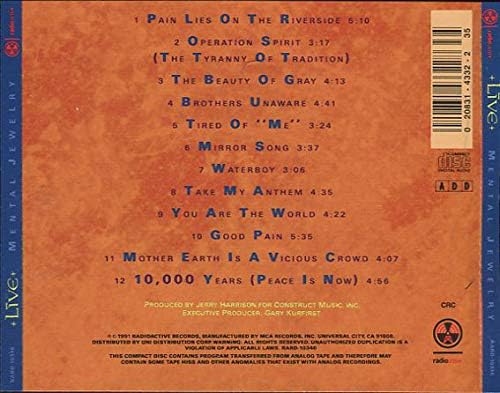 Live’s debut album, Mental Jewelry, is full of Ed Kowalczyk’s Eastern philosophical ideologies, based on Jiddu Krishnamurti (going as far as to name one track here after a Krishnamurti book, “You Are the World”). Considering the quartet were twentysomethings questioning their Christian upbringings at this time, it’s understandable that they’d sing lines like “I have forever always tried/to stay clean and constantly baptized” and promote brotherhood, world peace, and self-awareness. But too soon Mental Jewelry sounds too idealistic, too preachy, and sometimes silly (“You’ve got ten fingers, two legs, one nose, like me, just like me,” from “Brothers Unaware”). They hit the mark sometimes — like with the self-questioning “Mirror Song” and the U2-inspired “Pain Lies on the Riverside” — as well as the minor alt-radio and MTV hit “Operation Spirit (The Tyranny of Tradition).” But overall, Mental Jewelry is a reflection of a spiritually experimental Kowalczyk, and is not really meant for a larger audience.