More Than You Think You Are [Audio CD] Matchbox Twenty

Added to wishlistRemoved from wishlist 0
$20.74 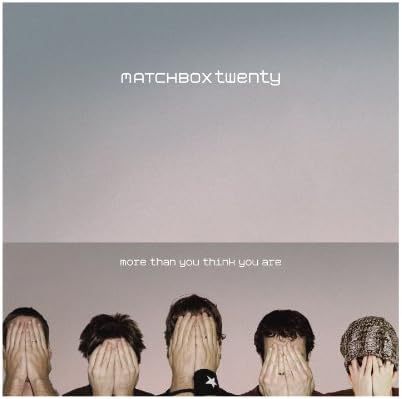 Melisma/Atlantic recording artist Matchbox Twenty is ready to rock with their eagerly anticipated third album, MORE THAN YOU THINK YOU ARE. Produced by matchbox twenty’s longtime studio collaborator Matt Serletic, the new album – which features the hit single, “Disease” – was recorded at Bearsville Studios in Woodstock, New York and at The Hit Factory in New York City. “This is probably the most rockin’ record we’ve ever done,” says the band’s lead singer/songwriter Rob Thomas, “Because we’ve been working with Greg Collins, who’s engineered bands like System of a Down and Red Hot Chili Peppers, and mixer Jim Scott, who’s worked with people like Wilco and Tom Petty & the Heartbreakers. But at the same time, there’s a warmness to the record, a real organic quality that I just love.”

More Than You Think You Are [Audio CD] Matchbox Twenty